Should I wait to purchase my home? The news says rates are going down!

Answering The Age-Old Riddle: “The news says rates are going down, should I wait to purchase my home?”

I have been a mortgage originator for just shy of two decades and have been asked this question thousands of times by my clients, probably more actually. It’s a smart question and one I would ask myself. 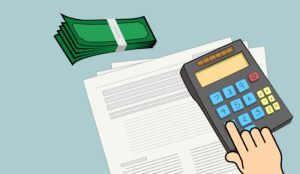 If you’ve turned on the television, glanced at any social media, or have had conversations with your friends or coworkers recently there’s no doubt you’ve heard that interest rates have been on the decline. This is true and based on the state of the world economy there is a good chance that this trend will continue.

The 10-year Treasury yield is down 30% in the last 6 months. This is typically the product most correlated with mortgage interest rates. Mortgage rates are also significantly down during this time, although not to the extent of the 10-year treasury.

These are all very important questions to ask and keeping an eye on this is what a smart, financially responsible person should do.

My answer is that I don’t know if mortgage rates will go down. I hope they do, but it shouldn’t affect what you decide; whether it’s purchasing or refinancing your home.

Your response is undoubtedly something like, “Of course you would say that you make money  selling loans.” Yes, it’s true. I do make a living originating loans, but let me explain and I think you’ll agree.

Real-Life Example Of A Client

Just under a year ago, my client Steve was deciding whether or not to purchase his first home. Steve was being told by his father that interest rates were about to go down. Steve’s father didn’t work in the home finance industry in any way so how he would have known anything about interest rates is beyond me.

The 30-year fixed mortgage rate was around 4.75% at the time. Currently, the prevailing interest rates on 30-year fixed-rate mortgage are right around 3.75%. Steve’s father took a guess on a 50/50 scenario and guessed right. Based on this presumption, it would appear that it would have been in Steve’s best interest to rent another year at $1,900 a month, and then buy when interest rates went down.

Is This Correct? Yes, It Is! Here Is Why

Steve was looking for a single-family home in Chicago with a $325,000 price point. He found one he liked and suited his needs nicely.  At 4.75% interest rate his overall monthly housing expense would be $1975. Typically, real estate appreciates at around 3% based on historical averages.  Despite his father’s recommendations, he went ahead with buying a home. He’s very thankful he did and here’s why:

Additionally, there were huge tax benefits because his mortgage interest and some other housing expenses were tax-deductible. This put him another $4,000 ahead so now he has created $28,000 of wealth in that year period which he wouldn’t have had otherwise.  This doesn’t factor in that the home he bought was much nicer than his rental so his quality of living improved, nor does it factor in that by buying real estate he diversified his assets and is very proud to be a homeowner.

Perhaps your thought is “Great, but if he would have waited a year to buy the same thing would have happened.  It would have taken an additional year, but because he would be in a lower interest rate overall, he would still be better off in the end.” Keep in mind that we are making a huge assumption he knew rates were going down a full percentage point in the next year (which no one could possibly know).

What Made All This Possible?

Last month I helped Steve refinance, with no costs, and his payments went down $165. Yes! NO COSTS, meaning that no equity was depleted because lender and title fees were covered by the lender (i.e. me).

You might be thinking something sceptical to the effect of, “No one does anything for free!” and you’d be right.

The title, appraisal, and lender fees for Steve’s refinance loan totalled around $2,000. In a “typical refinance” the closing fees would be added into the new loan amount, but with a NO COST mortgage, the lender covers these fees.

The reason this is possible is that Steve decided to take an interest rate of .125% higher (3.875% instead of 3.75%). Because of his decision, there is more profit on the loan when it is bought on the secondary market. This extra profit was passed on directly to Steve for $2,000. Yes, payments were $14 higher because he took the 3.875% interest rate. But when all is said and done, Steve didn’t have to spend a penny out of pocket nor did his mortgage balance increase. Plus, he is saving $1,980 a year!

This may seem a bit counter-intuitive at first glance, but the numbers speak for themselves.

Now imagine if rates would have gone up 1% point and he bought a house. He would have lost $30,000 and his mortgage payments would be a few hundred dollars higher for the life of the loan. That’s 30 years! Interesting how things turn out, right?

If you have any questions, please contact me today. A and N Mortgage Services Inc provides you with high-quality home loan programs tailored to fit your unique situation with some of the most competitive rates in the nation. Whether you are a first-time homebuyer, relocating to a new job, or buying an investment property, we will help you use your new mortgage as a smart financial tool.

This entry was posted in FAQs, Scott's Blog. Bookmark the permalink.