5 Tax Write-Offs Every Homeowner Should Know About

5 Tax Write-Offs Every Homeowner Should Know About

Every year, tax time brings untold headaches to homeowners around the country, but did you know there’s a silver lining to owning your own home? The truth is that Americans can receive a number of important deductions on their Individual Income Tax Return when they take out a home loan, make home improvements, or refinance with their mortgage company. In the end, you could save thousands of dollars on tax breaks if you know what to deduct and how to deduct it.

If you haven’t already taken advantage of the available tax breaks, then run through this list to see if you might qualify for the most common deductions, as well as some of the 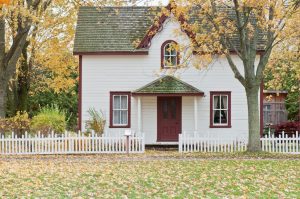 Based on the current tax code, you might be eligible for a deduction if you:

The Mortgage Interest Deduction (MID) is probably the most important tax write off. It allows homeowners to write off much, if not all, of the interest on their mortgage. In fact, the Congressional Research Service (CRS) estimates that Americans take tens of billions of dollars in mortgage interest deductions every year.

Dating from 1913, the MID was originally meant to be used by businesses but became increasingly important to individuals as homeownership rose throughout the middle of the 20th century. Historically, MID allows homeowners to write off interest to the tune of $1.1 million.

The deal is good whether you’re taking out your very first mortgage or paying off the interest on your second mortgage. To make it even sweeter, Uncle Sam lets you deduct the interest on more than one mortgage, even if you’re paying them off simultaneously. That means your summer vacation home is covered, in addition to your primary residence.

If you want to take advantage of this one, however, you might want to hurry. As the Congressional Research Service notes, MID is “one of the largest sources of federal tax revenue loss with an estimated annual cost of $72 billion,” and recent years have seen a rising chorus of voices demanding the elimination of the deduction in order to rescue the national budget.

For some time now, the government has been trying to encourage people to be more

energy-efficient. That’s good news for homeowners who have recently added improvements like biomass stoves, energy-efficient windows, central air conditioning, insulation, or storm doors. Unfortunately, you had to have done the work before the expiration of the credit on December 31, 2016. No word yet on whether the government will extend the credit or replace it with another one.

You can also get credit for installing renewable technology in your home. Called the Renewable Energy Efficiency Property Credit, this tax break covers up to 30 percent of the equipment cost, and that includes installation. While you can get credit for solar-electric and solar water-heating equipment installed before the end of 2019, other equipment must have been installed by the end of 2016.

In some cases, you can deduct mortgage points as well as mortgage interest from your taxes. That being said, if you want to know whether you can get credit for origination and discount points offered by your mortgage lender, you’ll need to speak with your accountant. You could also read the IRS’s handy Tax Information Guide for Homeowner’s guide to see where you stand.

Unfortunately, the government doesn’t allow you to write off the home improvements themselves, but they do give credits for the interest on home improvement loans. That means that if you borrowed money in order to add on that extra room or update your kitchen, then you can take advantage of a nice tax break.

The good news is that the vast majority of homeowners can deduct property taxes. That being said, be sure to read the fine print. Many items that look like property taxes aren’t really property taxes at all, as far as the law goes, and that could put a dent in how much you can ultimately write off.

If you want more home-purchasing tips & tricks, contact our team at A and N Mortgage today for expert advice!

This entry was posted in How To, property tax, Taxes. Bookmark the permalink.